"Life has sweetness to it and a beauty and a power that I wanted to celebrate."

The relationships I create through my business are one of the THE best things about being a photographer. It's never just been about "taking a picture" and goes farther beyond creating keepsakes of your treasured memories. It includes rooting for the small business, celebrating your wins, and sharing your story. I truly treasure the relationships I build with my clients and how they grow through the years.

The WHY behind Hudson Sweets is very close to my heart. The business is named for the White Family's sweet son: Hudson. Kristin (Mom) is a classically trained pastry chef who uses her art to support her son's therapies and resources after a diagnosis of Sensory Processing Disorder. Please continue reading more about their story. From birth I knew that Hudson behaved differently. He was the baby that never slept and was hard to settle. Despite all of the usual sleep recommendations, we would still spend over an hour rocking him to bed at night. Around the age of 2, we saw a regression in his speech development, but we were told that his development was still considered normal. We enrolled him in preschool and immediately realized that his speech and social skills were behind his peers. Hudson exhibited normal developmental behavior, but it was on a much larger scale. He was constantly hitting and throwing toys at preschool. During his preschool Christmas performance, Hudson was the only child who refused to wear a costume.I thought at the time that his constant jumping during the performance was his way of dancing. I now know that he was trying to self soothe because of the loud music and bright lights.

Around the age of 3, we started noticing a lot of Hudson's quirks. Hudson spent most of his day jumping and crashing into objects. He would have meltdowns during routine transitions and would become inconsolable. Hudson became a very picky eater and could no longer consume soft textured food items with a spoon. His speech development was not progressing, despite being around his peers. During school he was easily overstimulated and sensitive to the classroom noise. He preferred adult interaction over playing with or near his peers. The only time that he behaved like his peers was on the playground. We received daily emails and phone calls regarding Hudson's behavior in school. He was evaluated by his school's Early Intervention Specialist and private evaluations were performed. This is when Hudson received his diagnosis of Sensory Processing Disorder.

Sensory Processing Disorder is a condition that affects how the brain processes sensory information. For some, it seems SPD only affects certain senses, but for Hudson is affects all of his. Early intervention has been key in Hudson's success. It hasn't resolved all of the behaviors we experience, but it has taught us how to help him navigate through them. Hudson's diagnosis has become the driving factor behind my

small business. Initially I started my business because of my love for baking, it quickly became vital for providing Hudson with the appropriate therapy and resources. While you're browsing for the best of the best in our area, add Hudson Sweets to your list! The art (and taste) is obviously incredible. Contact Kristin discuss your design. 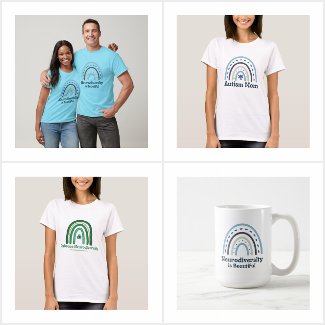 WAYS TO USE YOUR PERSONAL BRAND PHOTOGRAPHY THREE WAYS TO ELEVATE YOUR BRAND